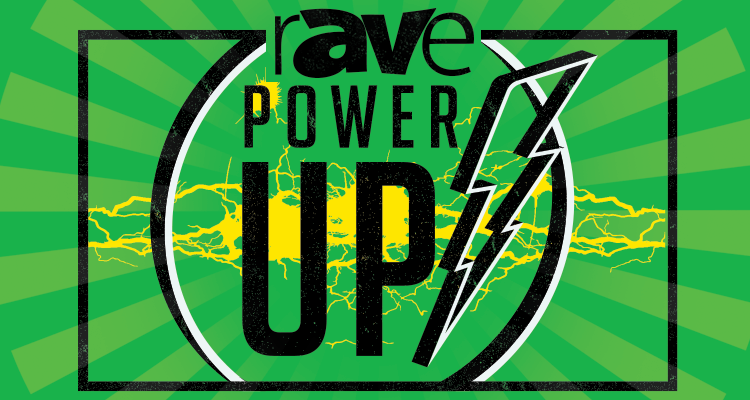 Join the Crew: Katye McGregor Bennett, Corey Moss and Justin Watts as they welcome their guests:

Yes, big news – Katye McGregor Bennett is back! Even bigger – she brought Vin Bruno back to AV Power Up with her!

On a special post-CEDIA 2016 show, Katye returns to host again (and quite a masterful job it is) and Corey opens this one with an ode to CEDIA and the great event that it was – yes it was big. Vin Bruno, who joined the Crew on Episode 70 with Joey Kolchinsky, returns with more terrific guests to highlight some of the things that took place at CEDIA in Dallas.

Vin starts this one up by telling us about the opening keynote session with Shelly Palmer which did have an impact on the attendees as promised, and the Crew discussed some of the trends that were identified at the show with Vin and the others as well. You can truly hear the coolness of the show come through in Vin’s discussion. Tim Sinnaeve and Barry Sheldrick talked about the experiences that Barco and Meridian Audio brought respectively (Tim said Star Wars at the show, Gary got happy), and Alison – right – talked Snapchat and other such things social media at the show. Vin talked about how important social media was to the show as well. What particular tweet did Alison send to Vin during the podcast identifying a difference between men and women? Tune in to find out sometime during the show.

After another award-winning Power Up (the award was presented by Vin in a ceremony after the show), the second half began with Vin talking about the important Friday keynote with Amazon Director of Alexa Smart Home Charlie Kindel and his discussion of the Voice User Interface (VUI) concept. All on the podcast also talk about Women in Consumer Technology (which includes our great Crew member Katye MacGregor Bennett!), along with an excellent Women in CE Lunch presentation from Kendra Thomas, Global Head of Diversity & Inclusion for Pearson Education. Tim tells us all about one of the Crew members’ favorite superheros that apppeared at Barco’s booth (hint: 4K, laser, swings a hammer), and gives us expert lowdown on 4K (what’s real 4k and what’s not – hallaleujah?). Barry adds-in very well, and a hashtag he brought to light in discussion here will for sure be used a lot (it already was during the show). Everyone on the show also agreed that everything Meridian Audio brought to CEDIA they want to have in their own home theaters. And that superhero at the Barco booth as well.

A great show with CEO Vin Bruno and the Crew’s other great guests that you must listen to all the way through. So sit back, plug in, make sure you make those reservations for CEDIA 2017 in San Diego and…