It is incredible to consider that less than 100 years ago, the original video signals had about 210 lines of resolution, evolving to 512 lines in 1952 with the advent of color television, to the eventual jump to 1920×1080 (pixels instead of lines) for High Definition (HD) video. It’s now possible to get 4K resolution in the consumer market with the promise of 8K coming in 2017. These increases have been amplified by the consumer market, which has dominated the content creation of high-resolution content for television, film and digital media. The trend has followed along in the commercial markets, too, not the least of which is seen each weekend in the over 300,000 churches in the U.S. alone.

As the House of Worship market happily adopts the advances in video, the unforeseen challenge is the HD and 4K video storage issue facing churches. Now that they can capture content at HD and 4K, where and how are they going to store, archive and manage all of that massive data files? It’s all happened so quickly (relatively speaking), that there’s not been much thought by the vast majority of churches on these pending challenges.

Historically, the very largest churches with decades of experience in broadcast television have been the only ones with the experience in archival and long-term storage of media. I hail from this generation and remember the climate-controlled archival rooms that held rows upon rows of 1″ tape, 3/4 U-Matic, Betacam SP, Digital Betacam, P2, etc. where these physical recording tapes held archival content. These churches only represent a tiny, fractional percentage of the entire market, so their experience is largely unknown by 20- and 30-something aspiring content producers in young, growing churches.

LTO (Linear Tape-Open) has been around for a while and has been used in larger media-rich environments, but in the house of worship market, the typical solution is to use hard drives or tape/solid state storage (Sony’s XDCAM HD and Panasonic’s P2 HD formats are typical for medium to large churches). And to share those files? iCloud, Google Drive, and Dropbox prevail. Not exactly great short or long-term solutions, but at least they are in the Cloud, so it’s a simple (but inefficient) short-term fix.

To give some perspective on the ginormous file sizes we’re talking about, at 4K uncompressed the storage needs will exceed 2.3 TB for one hour of recording — common for the length of many church services being recorded. Heck, even ProRes422 requires over 400 gigabytes of storage for that same hour. Houston, we have a storage problem. Inexact math, sure, but it’s close enough to paint the eye-opening picture of massive file sizes. And that’s not accounting for multi-camera recordings used in editing. These file sizes quickly become stupefying. 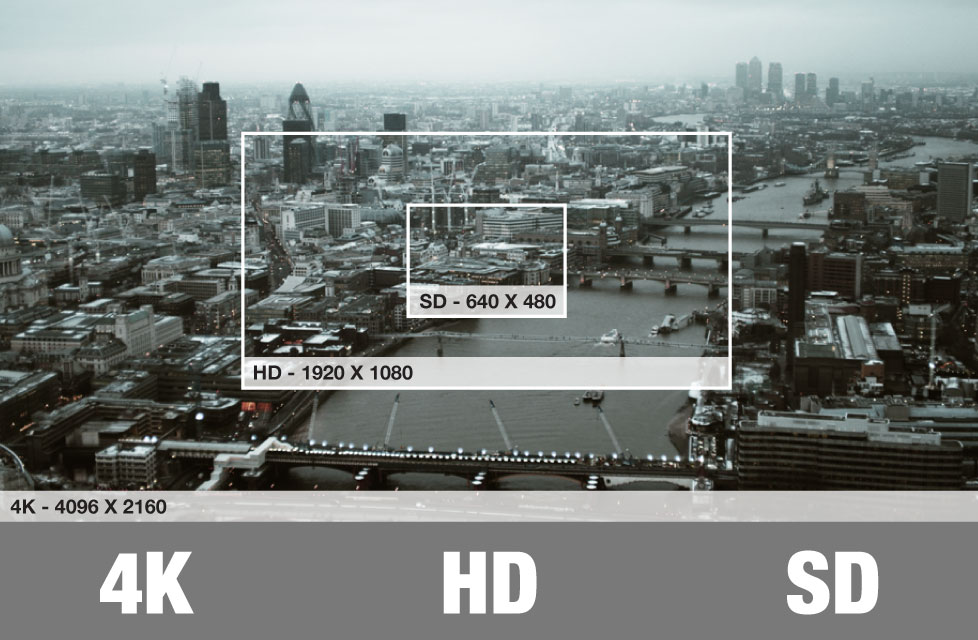 It’s not crazy to consider that the general 10:1 rule for raw content to produced content would apply, meaning 23 TB for 10 hours of content from a multi-camera shoot could be edited down to a one-hour church service – every single week. And that’s only church services and doesn’t include the many man-hours spent capturing video content for testimonials, missionary stories, events and even church announcements.

Hyped for years and now a reality is the new optical Archival Disc, jointly developed by Sony and Panasonic, with a promised 100-year shelf life for managing long-term archives. I chatted with Sony’s marketing manager for Optical Disc Archive Systems (ODS), Ellen Heine, and Sony’s Faith Market manager, Craig Harper, to get the latest data about this new format.

“When you look at storage, you want it to be accessible and quickly identifiable,” shares Heine, “and pure file storage on a hard drive won’t give you that.” To her point, the need to store the captured video content is a good starting point, but all of the project files and even an export of the video editing project is helpful to save hours of time for future editing needs. It’s one thing to keep a shelf full of hard drives with Post-It notes, but it’s quite another to organize relevant media files together.

Additionally, most churches won’t have the archive rooms described above and the risk of damage to a hard drive is higher than that of a dust- and water-tolerant media like ODS. An interesting example of this scenario is Lake Point Church in Rockwall, Texas, which archives to an ODS disc that sits on a shelf. It’s an easy first step towards a robust long-term storage solution. It’s also budget-friendly, as a $6k drive is an affordable starting point. Surprisingly, the cost per disk is only about 4 cents per Gigabyte for the new Generation 2 Optical Disc Archive media!

With only one church (to date) running a 4K end-to-end video system in the U.S. (possibly in the World), the 4K content being captured today by church producers for field production could benefit quickly from ODS as not only a long-term archival format, but as a near-term solution for the acquisition side of the workflow. When a video shoot is complete, producers can offload camera storage directly to ODS, instantly freeing up camera storage for the next field production shoot. “ODS is a time-saver,” opines Harper, “both for accessing the large files associated with HD and 4K as well as the storage retrieval for future editing.”

And those large churches using long-term tape storage? “If you’re using LTO (Linear Tape Open), every 3 years you’re replacing the tape and the drives. With ODS, you’re not forced into media migration, which is a very budget-friendly option for churches not used to the broadcast media demands.”

The workflow can be as varied as you need it to be because ODS Is essentially the reliable storage at the end of the workflow. For example, if in a shared storage environment for online editing, you’ll need a way to purge that storage before it is full. The nice thing about having the archive on optical disc is that it’s readily available and can be accessed right off of the disk when needed as a near-line device.

Of course, this begs the question of Cloud-based storage: is it a viable option? The answer is yes, but with qualifiers. In all scenarios, an archival and indexing system is required; these are available from a number of vendors including XenData, SquareBox, Pre-Roll Post and many others. The key is accessibility and transfer speed; on-premise ODS is a robust, easily accessible solution, while Cloud is limited by connectivity. Arguably, the Cloud is anywhere/anytime access, so the real question churches will need to ask is how often and to what extent do they need to access their archival content and project files. Sony even has a Cloud service, Ci, designed to address this need.

What say you? How do you see the HOW market adopting long term media storage? Comment below.