I don’t know many guys — or gals, for that matter — who do not appreciate the artistic beauty and scientific precision of a Ferrari. They’re elegant machines that, over the years, have captured our imagination. They represent the pinnacle of automotive engineering and have resisted the gravitational pull of mere cars to achieve the escape velocity of distinct art forms.

Now I’m a sucker for a gorgeous car, but I also know I’d never want to actually own one. First, I’d have no place to drive it. The mere idea of sitting in traffic on Texas Highway 114 seems insulting to this kind of craftsmanship. I’d also never get to experience the car as it is meant to be driven. It is actually designed to perform at high speed in tight, twisting environments. A friend of mine used to own several Ferraris and he shared his thoughts with me. 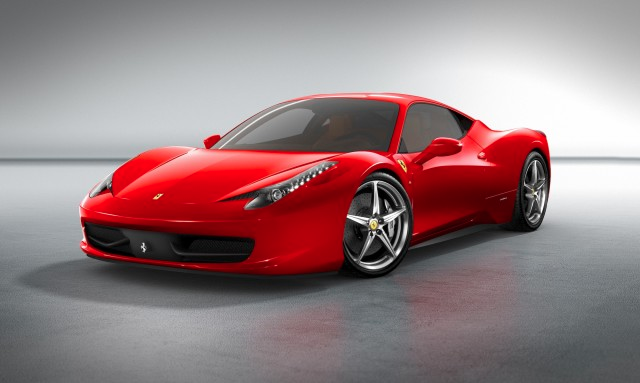 ”I never experienced what this car was intended to do until I took it to the race track and sat next to a professional driver as he negotiated this beauty through 90 degree hairpin turns at 100 miles per hour. That’s when the car came alive…You need to sit behind the wheel and feel the power. You need to negotiate the turns. You need to put your foot to the floor and know the roar… I can guarantee you that this kind of car doesn’t drive like civilized vehicles.”

I don’t know a single church that needs a Ferrari, yet I see churches buy the technological equivalent of them from time to time. And even when I don’t see a Ferrari, I am surprised how often I still see the commensurate very high end Mercedes and Aston Martins of the tech world sitting in churches.

“Hi, I’m Anthony Coppedge and I’m recovering tech-a-holic.” (“Hi, Anthony.”) I was the dude specifying this kind of ultimate tech early on in my career. I still geek out on tech, but I’ve learned to curb my enthusiasm after an encounter with the Lord back at the end of 2005. This is what the Lord told me: “It’s not about the tech. It’s about My people.”

Information can change my mind, but it took God to change my heart. This simple revelation put perspective on my tech addictions. I was teaching churches that the increased production value was the critical component missing in their services and that with the right tech, they’d finally be on the right track to amazing success. I was missing the point that the technology is a tool, a force-multiplier, but not the point in and of itself.

Focused on the Features

Perhaps us gear-heads go from simply being excited about technology to being enamored with it because we can see the benefits of certain technologies. We can easily justify “more, better, faster” because we believe it will give us our desired result. Sometimes, there’s truth in that statement. Some technologies really do allow us to do more, do it better and even do it faster (ostensibly allowing us to do even more). But the reality is that there’s a point of diminishing returns that quickly approaches when we start looking at the super-car level of technology. Sure, it really is more, better and faster, but at what point will church techies be able to coax that kind of performance out of it in typical church venues?

The illustration below shows how the Law of Diminishing Returns works. The Ferraris of the tech world are where B1 and C3 intersect for the vast majority of mega churches and giga churches — our largest, biggest venues in the U.S. church world. You’ll notice that the benefits actually decrease with that kind of massively increased level (and cost) of complexity. That’s because, like a Ferrari on my local Texas highway, the real benefits are lost due to both the environment and the operator. All of the possible performance is lost in real-life application for all but the most technologically demanding of contexts. 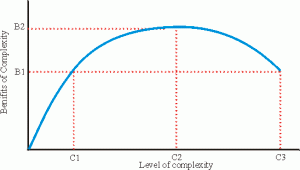 Heck, I used to be the guy who saw this graph and automatically pointed to the peak of B2 and C2 on this illustration to prove that going the extra mile (and cost, and training and maintenance) was worth the increased benefit. Truth be told, unless the church is willing to staff, train, maintain and deliver on that kind of performance, it’s probably still too much for many houses of worship.

There is a solution to determining what’s “good enough” for your church. It’s all a matter of context and perspective, of course, based on the capabilities and limitations of your venue, your programming and your people. Years ago I sat on a panel at a conference with the legendary Marty O’Connor. Marty was the first technical director up at Willow Creek, at the time the fastest-growing and largest mega church in America. He shared with the class that there was a time when Willow’s tech was over-the-top because it could be. Marty said, “We didn’t have many new components with a serial number over 10.” They got the best and they got it first.

Then one day Marty and his audio team were doing a shoot-out with four new microphones. This group of highly skilled tech gurus were doing blind listening tests with varying audio to determine which one they liked best. Marty’s wife, Kay, happened to come in during one of these tests. Off-handedly, Marty asked Kay which one she liked best. She gave him her answer. He had the test repeated. She gave the same answer. He did the test a third time and Kay stuck with her original assessment. Marty told it this way:

Of course, it is possible to go so low on the tech side of things that you actually limit what can be accomplished. Sometimes this means the desired outcome is unreachable by limiting the technology. Instead of simply demanding more, there are three requirements for most technology in the majority of church scenarios.

Yes, there are churches that have complex enough environments to need professional paid staff to operate the technology. But that’s almost always the biggest components (a really high-end audio console, a broadcast video switcher, etc.), but there are still plenty of jobs that require volunteers where these three requirements are a helpful guide in the decision-making process.

We all like Ferraris, but we must remember that Kay is the passenger.

Chances Are, You Don’t Make Ferraris

Some readers may, in fact, make some really high-end gear. But the tech equivalent of a Ferrari isn’t going to find much business in the HOW market, because the applications just very rarely call for that.

Be careful how you market and position your products: too high-end and you’ll limit buyers. Not selective enough and you could be seen as a me-too product. The HOW market will spend serious money when necessary, but never sell them something at the top of the point of diminishing returns graph. “Good enough” shouldn’t mean enough-to-get-by, but should represent good stewardship and appropriate technology applied for optimizing results in the context of each unique church.